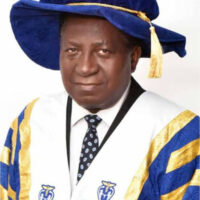 He completed a one –year fellowship training in Human Reproduction and Family Planning at the Margaret Sanger Research Bureau, New York, USA, during his elective year during his residency training. On successful completion of his residency training he secured the MRCOG in 1974. He was appointed an academic staff at the University of Benin on return from the UK and ultimately rose through the ranks and was promoted to the rank of professor in 1982. As an academic staff at the University of Benin, Professor Diejomaoh attended numerous short term postgraduate training programmes in various institutions including George Washington University, St. Louis, Missouri, USA and the John Hopkins University, Baltimore, Maryland, USA. He was awarded the FRCOG in 1986. Professor Diejomaoh has trained and mentored many residents in Obstetrics and Gynaecology both in Nigeria and overseas including Kuwait. He has been involved in the administration and in the organization and running of postgraduate training programmes for the postgraduate medical colleges in Nigeria and West Africa, where he also held the highest faculty positions. Professor Diejomaoh has vast experience in University Administration spanning through many years at the University of Benin and Kuwait University. At the University of Benin he served in most of the committees of the university at various periods including Senate, Appointments and Promotions Committee and also as the Chairman of the University Health Center Board. He served as the Head of the Department of Obstetrics and Gynaecology and also as Dean, School of Medicine, College of Health Sciences, for various periods. During his service at the University of Benin he was the recipient of research and training grants from many organizations including Johns Hopkins University and the Pathfinder Fund. At Kuwait University, he was also appointed Chairman of the Department of Obstetrics and Gynaecology, Faculty of Medicine, and he also served in various committees. He is currently the Chairman of the HSC Ethics Committee of the Health Sciences Center, Kuwait University, Kuwait, a position he has held since 2014. The HSC Ethics Committee oversees the ethical aspects of all the research in the Health Sciences Center, Kuwait University, Kuwait. Professor Diejomaoh has served in many other capacities at the state and federal levels in management boards and special sensitive committees in Nigeria. He has held many other administrative positions outside Nigeria including serving also as Head of the Department of Obstetrics and Gynaecology in Saudi Arabia. Professor Diejomaoh has been involved in many collaborative research projects both in Nigeria and Kuwait. His research interests include Adolescent Gynaecological problems, Family Planning, Infertility and High Risk Obstetrics with emphasis on medical problems such as Diabetes Mellitus, Cardiac Disease and Hypertensive Disorders and Perinatology. In recent years in Kuwait his research has been mainly in the complex area of Recurrent Spontaneous Miscarriage. He has attended numerous local and particularly international conferences and made conference presentations. He has delivered many guest lectures at conferences and has been invited to deliver special guest lectures. He has published chapters in books including many conference proceedings. He has also published over 100 scientific articles in international and local peer reviewed journals and he has also published many abstracts. He is a reviewer to many highly rated international peer reviewed journals. Professor Diejomaoh has been a recipient of many awards and honours. He is also a member of many international and local medical associations and societies including the American College of Gynecologists and Obstetricians and the Royal College of Obstetricians and Gynaecologists. Professor Diejomaoh has been a practising obstetrician and gynaecologist since 1974 and he has served as Consultant Obstetrician and Gynacelogist both at University of Benin Teaching Hospital, Benin City, Nigeria and at Maternity Hospital, Kuwait and also in Saudi Arabia. He is a Knight of Saint Mulumba. 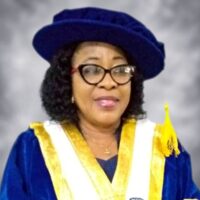 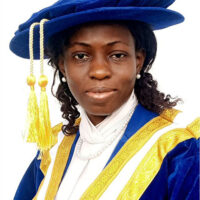